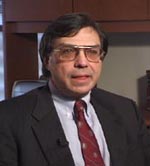 Attorney Larry Becraft is one of the foremost authorities on the Constitution of the United States, particularly as it relates to federal taxation. To assist those who seek legal tools for the battle to restore liberty and freedom to this country, he has established The Dixieland Law Journal.

Larry assisted Bill Benson, an ex-tax investigator for the Illinois Department of Revenue, in researching the ratification of the 16th Amendment. They discovered that in 1913, Secretary of State Philander Chase Knox wrongly certified that the amendment had been ratified by three-fourths of the States. Benson's documentation from the States' records shows that the 16th Amendment was not properly ratified http://viagrasstore.net/ kamagra gel uk.

Larry has written: “… it must also be observed that the character of Americans is far different from that of the people who established this nation and many today lack the ability to resist abusive government, a trait in common with the ordinary citizen living under tyranny.”

The "lack of ability" to resist can and and will be remedied if people, through LWRN, are exposed to the treachery and coverup of the mass media, and can hear about current events, America's history and the law through patriotic Americans such as Larry Becraft, who has taken the time and effort to discover and understand the truth.