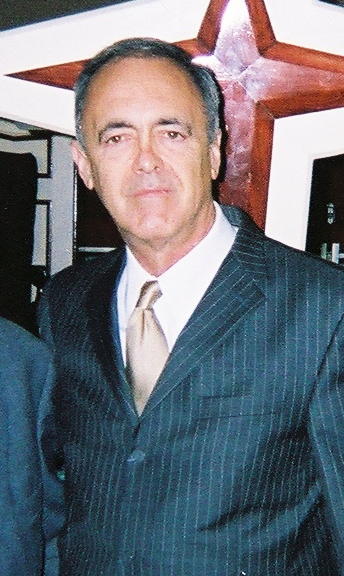 Attorney, author of 4 books on separation of church and state, website is churchandstatelaw.com.

Jerald Finney is lead counsel for the Biblical Law Center ("BLC"). The goal of the BLC is to glorify God by helping churches in their efforts to honor Jesus Christ by structuring themselves as New Testament churches according to biblical principles. God has prepared him practically, academically, and spiritually for this calling. He worked on farms as a child in the Texas Panhandle where he grew up. Since graduating from high school, he has earned his BBA degree from Texas Tech, served as an Army Officer in Viet Nam, worked for the railroad, and owned and operated a small business. Since the Lord saved him in 1982, he has been a faithful church member and a diligent student of the Bible. God called him to the legal profession, and he received his Doctor of Jurisprudence degree from the University of Texas School of Law in 1993. Since then, he has consistently striven to study and apply principles from the Word of God as he has served the Lord in the legal arena.

Jerald Finney has been the lead counsel for the Biblical Law Center ("BLC") since May, 2005. The BLC helps churches who desire to organize according to New Testament principles. Finney practices law in Austin, Texas, and can be reached at 512-385-0761 (home); 512-785-8445 (cell); . Over the last three years he has lectured and preached many times in independent Baptist circles on the issues concerning government, church, and separation of church and state.

God called Finney, a Christian and fundamental Baptist since his salvation, to enter the University of Texas School of Law in 1990 at the age of 43 to stand in the gap concerning legal issues facing Christians. Since being saved, he has been a faithful and active member of a local fundamental, Bible-believing Baptist church. He received his JD degree in 1993 and has followed the Lord in the practice of law since that time.

Finney received his law license in November 1993 and began practicing law in January, 1994. All along he was seeking the Lord's direction. The Lord initially led Finney to practice criminal law.  He knew that not many, if any, of the Christian law firms dealt with or specialized in criminal law, and that some Christians were being charged with crimes for their Christian behavior and for taking a stand for God's principles.

The Lord confirmed Finney's choice. Very soon after he started practicing, he helped an Eastern Orthodox priest with a criminal charge. He was charged under a criminal statute for trying to expose the promotion of sodomy and other sins within a Catholic Church. God gave the victory in that case. Then Steve, a Christian who counseled outside abortion clinics, called Finney. He was charged with a crime under the Austin, Texas Sign Ordinance for his activities outside an abortion clinic. Being a new lawyer, Finney called the Rutherford Institute. They asked him to send them a summary of the facts and a copy of the Sign Ordinance. Then they told him that the case could not be won and that they would not help. Steve lost at trial, but God gave the victory on appeal. The Austin Police Department immediately cited Steve for violation of the state sign ordinance. The Lord gave the victory at trial.

Finney's first felony trial came about a year and six months after he started practicing law. A single Christian mother was charged with third degree felony injury to a child for spanking her six year old son. She left some prominent stripes across his rear end and also a stripe across his face when he turned suddenly during the spanking. The Lord gave the victory at trial. At the same time, Finney was also representing another Christian married lady who was charged with the same crime for spanking her little girl with a switch. On the date the trial in that case was to begin, the prosecutor, with prompting by the judge, lowered the offer to deferred adjudication probation of short duration on a misdemeanor charge with very few conditions on the probation. In a deferred adjudication in Texas, there is never a judgment of guilt if the probationer successfully completes the term of the probation, (and, with successful completion of the probation, the probationer can now file a Motion for Nondisclosure which, if granted, requires the file to be sealed so that the general public has no access to it). The mother decided to take the offer.

The Lord has also allowed Finney to help Christian parents in numerous situations involving Child Protective Services ("CPS") infringement into parental rights. God has given the victory in all those situations.

The Lord has also used Finney to intervene in numerous situations where government officials or private companies tried to deny certain Christians their rights to do door-to-door evangelization, preach on the street, hand out gospel literature in the public forum, and pass out gospel tracts and communicate the gospel at their place of employment.

Finney has also fought other legal spiritual battles. The last of those battles which went all the way to trial was a 2003 case in San Antonio. A peaceful pro-life advocate was arrested and charged with criminal trespass for handing pro-life literature giving information about the development of the unborn baby, places to go for help, and other information to women entering an abortion clinic. All the above-mentioned cases as well as others not mentioned were handled free of charge (except the last spanking case mentioned above for which I received $750 for my services). Since that time, and even before, Finney has felt that the Lord was telling him that it was time to move on. He sought God's will. His prayer was that He would show him His direction.

Again, He answered Finney's prayers. In April 2005 at a Camp Meeting at Heritage Baptist Church outside Mount Enterprise, Texas, at the first meal, Finney sat down to eat. As it turned out Dr. Greg Dixon was sitting diagonally across the table from him. They began to talk. As a result of that encounter, Dr. Dixon ultimately asked him to consider becoming legal counsel for the BLC.

It did not take Finney long to decide that, if the Lord opened that door, he would step in. He discussed the opening with his pastor who gave his approval. Since his early Christian life, he has considered the issue of separation of church and state as taught in the Bible to be one of the primary issues facing New Testament churches today. He believes, based upon what the Bible teaches, that incorporating or intentionally operating as an unincorporated association and/or getting a tax exempt status from the government at the very least puts the church under the headship of both the Lord and the state, and may even take the church from under the headship of Christ and put the church under the headship of the state. He believes that taking scriptures out of context and applying human reasoning contrary to biblical teaching (such as "Obey every ordinance of man," or "We should be good stewards and incorporation is good stewardship") in order to justify unbiblical marriage with the state causes our Lord much grief.

Once he took on the position as counsel for the BLC, it was necessary to do an in-depth study of the issue of separation of church and state. He began with the Bible. He initially read through the Bible at least five times (and many more times since then) primarily seeking the answer to the question, "Does the Bible have anything to say about this issue?" He was amazed at what He learned. The Bible gives God's principles concerning separation of church and state, the purpose of a church, the purpose of the civil government, the headship of church, the headship of civil government, the principles by which each is to be guided, and much more concerning these two God ordained institutions. He continued to read the Bible daily seeking insights into these and other issues.

He also began to read other books. he had already read starting shortly after being saved, books and other information by Christian authors. For example, he had read, among other works, A Christian Manifesto[1], The Light and the Glory,[2] From Sea to Shining Sea,[3] The Myth of Separation and some other works by David Barton, [4]Rewriting America's History,[5] and America's God and Country.[6]  These resources inspired, influenced and guided him and millions of other Christians, gave them philosophical and historical underpinning, and led them into battlefields such as politics, law, and education armed with what they learned from those resources.

Sometime in 2006 he began to realize that some of the books by Christian authors which he had come to depend upon were misleading, at the very least. Other books revealed to him that some of the above mentioned books had misinformed and misled sincere Christians by revising and/or misrepresenting the true history of separation of church and state in America. In 2006, he read One Nation Under Law[7] which cites a wealth of resources for one seeking to understand the history of separation of church and state in the United States and of the First Amendment to the United States Constitution.[8] Reading One Nation Under Law, some of the books it cited, and some other books was a launching pad into the universe of historical information which he never dreamed existed. He had expected to be misled in the secular law school he attended. He was amazed that he had been misled by Christian brothers. I asked myself, "How could Peter Marshall and others have missed this vital information?" At an Unregistered Baptist Fellowship conference in Indianapolis, Indiana, James R. Beller, a Baptist historian, gave a PowerPoint presentation which gave him the answer to this question. Finney bought two of Beller's books and read them. Those books filled in the details not mentioned in Pastor Beller's concise PowerPoint presentation.

Since that time, God has led Finney into an in depth study of the issues government, church, and separation of church and state. God Betrayed/Separation of Church and State: The Biblical Principles and the American Application  and the other books he has written and listed on this website were written as a result of those studies. God Betrayed is not a rehash of the same information that has been circulated in the Fundamental Baptist and Christian community through sermons, books, seminars, etc. since at least 1982, the year Finney was saved. God Betrayed and Finney's other books reveal facts and information that must be understood in order for a pastor and other Christians to begin to successfully (in God's eyes) fight the spiritual warfare we are engaged in according to knowledge.

Finney believes that the lack of attention to the biblical doctrines concerning government, church (which is likened to the wife and bride of Christ), and separation of church and state, has had dire consequences for individuals, families, churches, and America. Unless pastors educate themselves on these doctrines and their application in America, the rapid downhill slide will continue at an accelerating pace.