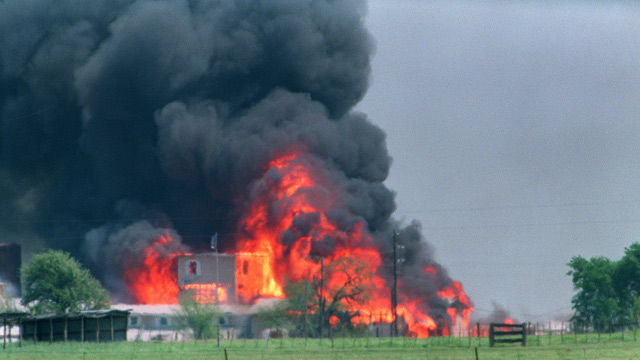 Ah, blessed spring. That time of renewal, when our lawns start growing again, trees start budding, and flowers start blooming. The time, they say, when young men’s thoughts turn to love. But along with these pleasant things, the thoughts of many also inevitably turn to taxes, as the April 15 deadline for filing dreaded 1040 returns — those self-confession forms that the government insists we are required to file every year — looms once again. And I’m not immune to those thoughts of taxes either; I’m just prohibited by an unconstitutional infringement on my right to free speech — that dastardly federal injunction against the Fellowship — from discussing income taxes. So, this month I’m going to talk a little about some other taxes that come to mind as April rolls around.

I was recently reading through the comments for an internet article discussing the situation in Syria, where people protesting against the government are being brutally attacked by that same government. It comes as no surprise that Syria is no more tolerant of those who don’t bow down to their every edict and whim than is the United States (or any government, for that matter). The discussion centered somewhat on the relative severity of the responses from the two governments, with the comparison on the U.S. side being the shooting of unarmed war protesters at Kent State University by National Guard soldiers on May 4, 1970. Some commentators denounced the comparison because while it was regrettable that a couple of people were shot in Ohio, Syria was using tanks against their protesters. Now there’s no question that tanks are an escalation over rifles, but it got me thinking about whether Kent State was really the best example of the U.S. government abusing its citizens.

April 19th is Patriots’ Day, because on that day in 1775 was fired the “shot heard ‘round the world” — the shot attributed with starting the War for Independence in Lexington, Massachusetts. In recent history however, Patriot’s Day has taken on other significance.1 On that day in 1995, the Alfred P. Murrah Building in Oklahoma City was blown up, purportedly by Timothy McVey in retaliation for the 1993 massacre in Waco, Texas. And that is the example that came to my mind when thinking about governments using tanks against their own people.

April 19th was the culmination of a 51-day stand-off that began on February 28, 1993 when 76 agents of the Bureau of Alcohol, Tobacco and Firearms swarmed onto the property of the Branch Davidians, a break-away sect of Seventh Day Adventists, ostensibly to serve a search warrant for evidence of the manufacture and possession of machine guns and explosive devices.2 It's important to understand that in 1993, the only thing that would make the manufacture or possession of either machine guns or “destructive devices”3 unlawful is the failure to pay the taxes imposed on such manufacture or possession. Sections 5811 and 5821 of the IRC impose a “transfer tax” and a “making tax” ($200 each) on such firearms. In addition, §5801 imposes a “special (occupational) tax” (which varies between $500 and $1,000 per year) on manufacturers, importers and dealers in these firearms. So, the bottom line is that when ATF Agent Aguilera referred to “unlawful” firearms in his affidavit supporting the search warrant against Koresh, he meant firearms upon which the taxes hadn't been paid. And of course, that's why the ATF was the agency that served the warrant, because at that time they were the collection and enforcement branch of the Treasury Department for the taxes on alcohol, tobacco and firearms.4

It's interesting to note that the government admits, in its Report of the Department of the Treasury on the Investigation of Vernon Wayne Howell, a/k/a David Koresh(September 1993),5 that the purpose of the taxes on firearms was to restrict ownership. According to Frederick S. Calhoun, the Historian for the Federal Law Enforcement Training Center, concern over the organized crime that was spawned by the “experiment[] in social adjustment” called Prohibition:

compelled the federal government to try to curb the gangsters' ability to arm themselves. Rather than ban outright the purchase of machineguns and sawed-off shotguns − the weapons of choice for the mobsters − Congress in 1934 simply imposed a tax [on] those weapons. Paying the tax required registering the weapon. The registration requirement was intended to discourage ownership of such weapons without outlawing them. No self-respecting gangster would want to register, much less pay the tax, on his Tommygun. Their evasion of the tax gave the government another legal tool to use in arresting the gangsters and breaking up the mobs.6 (emphasis added)

Remember also that the search warrant was only to search for evidence of untaxed firearms,7 yet the ATF sent 76 heavily-armed agents − hidden in cattle trailers − to the home of the Branch Davidians, which they knew was inhabited by about one hundred people, including women and children. They leapt out of hiding and within seconds a firefight began. Both sides claim the other started the shooting, but whichever side is telling the truth, the fact remains that government agents indiscriminately fired on a building they knew had innocent children inside. Video footage of the botched raid8 shows some agents had climbed onto a low roof and were shooting into second floor windows, while other agents hid behind the trailers and holding their machine guns over their heads, simply fired blindly at the house. Of course, the criminal indifference and recklessness of such acts remain unpunished to this day. After about an hour of shooting a ceasefire is arranged, and the casualties are: two Davidians dead and five wounded, and four AT F agents dead with 20 wounded.

With federal agents now dead, the FBI took over jurisdiction of the scene, and the siege began. The siege − accompanied by plenty of psychological torture, such as constant bright lights and loud music to prevent sleep − lasted 51 days, ending on Patriots' Day 1993, when Attorney General Janet Reno gave the go-ahead to end it with the use of military tanks smashing holes in the walls of the building and spraying CS gas inside. Reno claimed at a press conference that day that the CS gas was necessary because she had received reports that Davidian babies were being beaten, but only 9 days later, admitted to Congress that she really had no evidence of such abuse. The Davidian babies were being abused however, except that it was being perpetrated by the government. Here is how Mr. Lynch describes the situation in No Confidence:

Harvard law professor Alan Stone was retained by the U.S. Department of Justice to review and critique the government’s handling of the Waco incident. Despite the government’s protestations of concern for the children, Stone found that the FBI’s ultimate strategy was to try to force the Davidians out of their residence by threatening the lives of their children. According to Stone, one federal agent told him that they were trying to stir up the maternal instinct of the Branch Davidian mothers — that when they saw their children suffering, they would come to their senses and leave the Mt. Carmel residence.9

In the end, all of those children died, along with all but nine of the Davidian adults, who managed to escape the fire that engulfed the entire complex during that final attack. Naturally, the survivors were tried for the murders of the ‘revenooers’ who stormed their home with guns blazing, even though the odds are about even that the indiscriminate shooting of the agents from behind the trailers was the cause of their deaths; even if not, the Davidians certainly have the right to defend their lives and the lives of their families − including with lethal force, if necessary − against people trying to kill them, even if those people happen to be government agents. The government's so-called investigation of the entire debacle, headed by Special Counsel John C. Danforth,10 was nothing but a cover-up, coming to the conclusion that “The government of the United States and its agents are not responsible for the April 19, 1993, tragedy at Waco.” Lynch's characterization of Danforth's investigation was that it was “soft and incomplete. Danforth's sweeping exoneration of federal officials is not supported by the factual record.”11

Kent State was little more than testing the water compared to the tragedy at Waco, which showed us to what lengths the United States government is willing to go in its collection of taxes. And if its willing to use tanks against innocent children in its pursuit of revenue, can anyone doubt that it would do that and more against those who would protest its policies and practices, or even more important, its claim of legitimacy to rule over the rest of us? As Patrick Henry said, “I know of no way to judge the future but by the past. ” The United States certainly has no moral high ground to stand on in condemning Syria for its response to protesters there, no matter how egregious. First, we better take the log out of our own eye.

2  The conclusion of ATF agent Davy Aguilera's affidavit in support of the warrant stated: “I believe that Vernon Howell, aka David Koresh and/or his followers who reside at the compound known locally as the Mt. Carmel Center are unlawfully manufacturing and possessing machine guns and explosive devices.” It should be noted that Congress, in its report titled “Activities of Federal Law Enforcement Agencies Toward the Branch Davidians (104th Cong. 2nd Sess., Report 104-749 (August 2, 1996) had this to say about Aguilera's affidavit: “The affidavit included misleading and factually inaccurate statements, contained substantial irrelevant and confusing information, and failed to properly qualify witnesses' testimony when obviously called for based on their backgrounds. Consequently, the affidavit gave the appearance that the ATF was not going to let questionable facts or evidence stand in the way of moving forward on their timetable.” (Section II.e of report)

3  “Destructive devices” (rather than “explosive devices”) is the term used in I.R.C.§5845(a)(8), which provides the definitions for Chapter 53 of the Internal Revenue Code. Machine guns and destructive devices, as well as sawed-off shotguns, silencers, etc. all fall within the term “firearm” as used in that chapter.

4  With the Homeland Security Act (Pub.L. 107-296), enacted November 25, 2002, the BATF was transferred into the Justice Department, while the tax collection functions were left in the Treasury Department.

7  According to the testimony of Henry McMahon − a Texas firearms dealer who had business dealings with Koresh − when ATF investigators were questioning McMahon, he telephoned Koresh, who invited the ATF to Mt. Carmel to inspect his inventory and paperwork, an invitation that the ATF declined. See No Confidence: An Unofficial Account of the Waco Incident, by Timothy Lynch; page 2 – http://www.cato.org/pubs/pas/pa395.pdf Lynch's article is extensively sourced, and I highly recommend it.